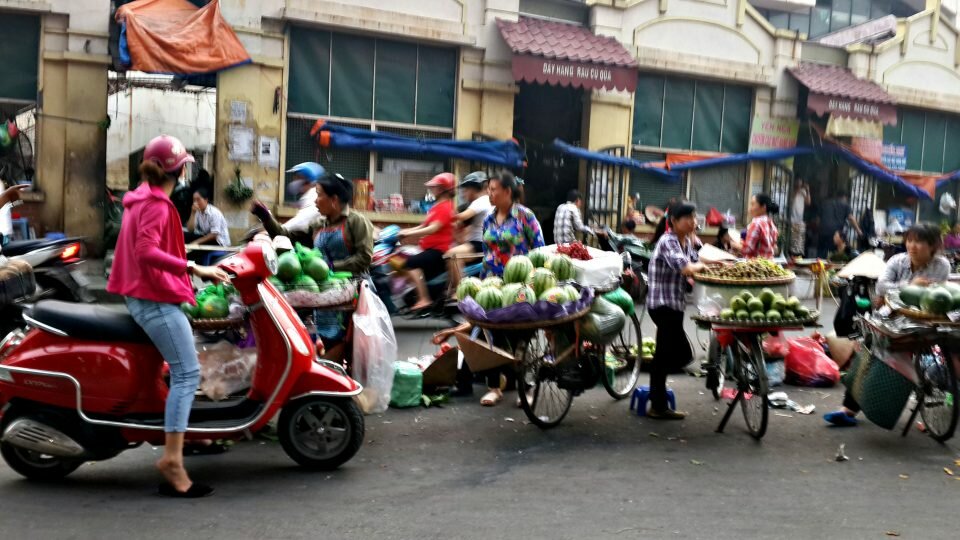 I’ve got to say that traveling was always a dream of mine, and I’m so thankful I found the courage to make it come true for me.  In the past 2 years, I have gone from being the girl who daydreams about traveling to faraway lands to being a “worldly” traveler.  I’ve done things that I didn’t even know were possible, things that I didn’t know that I was capable of, things that made me question myself and things that terrified me.

In the past two years, I’ve spent a full year – half of that time living outside of the United States.  I’ve lived in two very different countries outside of my home country for a decent period of time.  I’ve made a home for myself in places so foreign and unfamiliar to me.  I’ve been to eight different countries.  I’ve traveled to six countries in less than two months for the most part on my own.  I’ve gotten the chance to tutor online and work with people in countless countries throughout the world.  Each day I’m discovering more and more that there’s an infinite amount of experience and knowledge out there to learn about the world.

I’ve gotten comfortable with efficiently getting through airports, packing strategically, exchanging currency, and figuring out ways to communicate and get by in languages that aren’t my own.  I’ve tried more different cultures of food than I ever did in my life during those 8 months.  I’ve experienced holidays and festivals in these countries and experienced cultures so different from my own.  I’ve been to the tourist attractions, and I’ve been to the ordinary places.  I’ve experienced life as a tourist/traveler, but I’ve also experienced life as a “local”.

And I’ve made homes for myself in cities that you don’t even know exist.  I’ve made footprints in the world, and in doing so I’ve made memories that will forever exist in my heart.  But most importantly, I’ve learned a lot about the world and its diversity.  There’s still SO MUCH I don’t know and probably will never know, but traveling has made me understand so much more about my home and my world.

I’ve recently taken some trips to cities near where I live – Philadelphia and New York City, places I have been several times before.  Yet now I notice things I didn’t before.  Rather than the exciting places and the big buildings, I notice the people.  I think about the people, the diversity, and I wonder what their stories are.  I see people and I notice when people speak with accents or in other languages and I wonder who they are.

I have been doing online English tutoring for over a year now, which has given me the chance to interact with people in many different countries and teach them English – a lot of which is conversational practice.  It’s a job that I actually love doing because I get to talk with people all over the world and I learn about them, their countries, and their culture.  I get to learn and understand things and I’m thankful to have this unique opportunity to do this “job”.  Anyways, one of my students in Saudi Arabia had told me about how he was coming to the US for a few months to learn English, and he told me that he was planning to visit New York.  I had told him that I had a trip planned to visit New York soon as well, so he told me to let him know some tips and places to go.  So when I went to the city, I thought about this.  I looked at all of the people, I heard all the different languages, and I saw that each of them had a unique story.  My student in Saudi Arabia was going to be one of these people soon.

There’s a sort of understanding I developed from traveling and more so from living in a country for an extended period of time.  I was an expat. I was the foreigner, the “farang”, the “gringo”.  And I learned what it’s like to live somewhere where you can’t communicate easily, where you have to really think about and prepare just to ask someone a question or figure things out on your own.  I learned to make due in situations, I learned to be patient, I learned how to just accept things as they were even when I had no idea what the hell was going on.  I learned what it’s like to be in a place so diverse and different from what you know, and what you’re used to.  There’s a lot of excitement that comes along with that, but there are also struggles.  So being that person has allowed me to understand people who are immigrants into the United States and see some of the struggles they have to go through, and also just be more understanding of their culture, their beliefs, their way of life.

I didn’t understand a lot about the world outside of my own, and I still don’t understand a lot of things in the world.  But I have experienced living in other cultures, places with rich traditions and completely different beliefs which have shaped their society and their lives for generations. Through this, I have and continue to become more open-minded and accepting of people in the world.

I learned how people in other countries think of “Americans” or their stereotypes of people from the US.  People have said things to me that seemed offensive like “You’re not big or loud. You don’t seem American?” as if you could stereotype an entire country, a HUGE country to being one certain way.  But can you blame them… I mean, I know that we do it all the time, maybe not intentionally or even knowingly but we naturally maybe make assumptions about things we don’t understand… simply because we don’t understand.

When people asked where I was from, and I told them the “United States” and I got blank faces until I said “America”, and then they understood.  After living in Costa Rica, I realized how offensive it is to say that you are from “America”, as America consists of North, Central, and South America – from Canada all the way down through Brazil.  One time when I referred to the country South America in my class, a student thought I was talking about the South part of “America” (The United States).

In Thailand, students don’t learn history about other parts of the world.  There was actually a bar in my town with a picture of Marilyn Monroe, Elvis, James Dean, and then… Hitler.  In Thailand, kids know that Hitler was a well-known figure in Western society but have no idea who he is beyond that because they don’t learn about him.  I’ve been shocked to learn that people are so uninformed about things that are such common knowledge in our culture.

But then I’ve seen museums in Laos and in Vietnam which tell a very different picture of the Vietnam War, which come to think of I never really learned much at all about in school.  I’ve learned of how people in the US led to deaths and permanent injuries of many innocent civilians and children – how people are STILL suffering today and being afflicted by undetonated bombs underground. I learned that the US dropped more bombs per capita in Laos than any other country in history – a country that many people that I’ve told about at home didn’t even know what it was or that it was a country.

I’ve got some stories of been scammed a couple times by very experienced manipulators in some touristy areas.  But I’ve got way more stories of my experiences of unimaginable kindness from complete strangers despite the fact that I can’t speak any of their language and they can’t understand me.  Stories of people going out of their way to take the time to help me without asking anything in return.  I’ve been offered rides by strangers and accepted them, knowing in my heart that they were completely genuine and just wanted to help me.

When I told people I was going abroad, some of my family and friends were concerned.  The movie Taken, of course, was brought up multiple times.  People who had not traveled before, or had not known about or been to these places were concerned for my safety because they didn’t know or understand anything about these places.  I was nervous, of course, too.  I didn’t know how I was going to survive in this foreign country which language still just looks like squiggles to me.  But I knew that I wanted to understand and I wanted to experience it and I was ready to take on these challenges.  So I did it, and now I’d feel comfortable going back.  I’ve felt much safer in most of the places that I visited than I do walking around Philadelphia or than I might even in certain places in my own town.

So we are ignorant on both sides.  We can only understand what we’ve learned, and we can only know what we’ve experienced. So now I understand so much more about geography and history and the world.  I probably said things and thought things that I would feel really dumb for saying now simply because I didn’t understand.  I now understand just how much other countries are concerned about our country and how much value other countries of the world place on learning English and knowing the English language.  Before I started traveling, this really didn’t cross my mind much.  I’m interested in things that I never thought about before because I know things that I didn’t know before.  Now, I can continue to share that experience.  And thanks to technology in our globalized society, the world is more connected than ever.  I am chatting and teaching students in other countries firsthand through technology and that’s pretty amazing.

Traveling and living as an expat has given me amazing experiences and I’ve seen some incredibly beautiful sights that I will never forget.  But most of all, it’s allowed me to deepen my understanding of the world and bridge the gap between human beings.  It’s made me feel a stronger connection with every other person on this planet.  I’m proud to come from a country of diversity, a country that prides itself on that diversity, and I hope that despite all of the hate and ignorance shared by some groups and minorities in the US, that this is not forgotten.  And I think it’s important for everyone to remember what that means and to see the beauty in the diversity and to make an effort to understand it.  To understand other cultures and languages and traditions that are very different from our own, and to continue bridging that gap between human beings and the things that we simply don’t understand.